Jaime “Barnes” Cleary: I Am Ohio Rugby
Jaime Cleary is an accomplished rugby coach, ex-player and mother; but perhaps paramount of all her accomplishments is that she continuously stays involved in the Ohio rugby scene and tries to keep her husband, Tom Cleary, out of trouble. She is a dedicated woman with a diverse array of talents, and she is Ohio Rugby.

Jaime began her rugby career in the late 90s at Bowling Green State University. She played there for three years before taking her talents to Maryland for two years, playing for the Stingers, before settling down in Cleveland, where the played for the Cleveland Eastern Suburbs Women’s Rugby Football Club. Since 2003 she has splayed with the Iron Maidens, a team she helped establish on the city’s West side.

Looking back at her playing days, Jaime’s fondest memories include going to the Sweet 16 of Nationals with BGSU’s women and playing in Brussels, Belgium with the Iron Maidens.

“Playing on foreign soil gives you so much American pride,” she said. 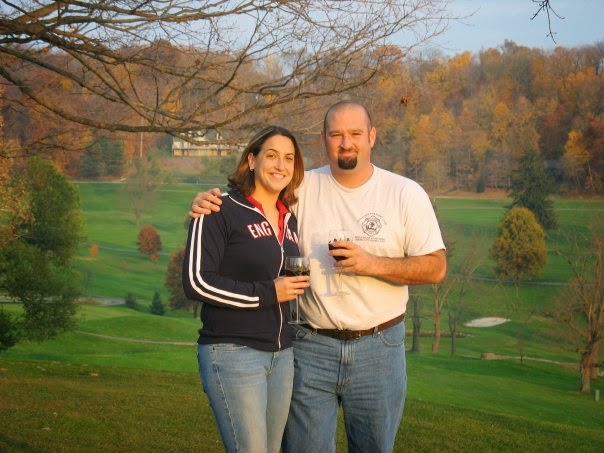 Recently, Jaime has been concentrating her rugby-related energy on raising up the next crop of female Ohio ruggers at St. Joseph Academy . Jaime started the club in 2007, and from there everything came up roses for her and her girls. She was named Coach of the Year three years after starting the club and won a number of Division I and Division II state titles. While many would be quick to credit Jaime’s coaching skills and rugby experience as the reason for he high school girls’ success, she’ll be the first to defer credit to the team.

“The girls are amazing individuals that are prepared to learn as much as they can in four short years,” she said. “It’s when you can stand on the sideline and see them make their own good decisions together as a team that you, as a coach, can be proud of what they have become.”

While Jaime enjoys seeing her players excel and develop during their high school days, she remains hands-on in their pursuits after St. Joseph Academy as well. One of Jaime’s main goals as a high school coach is that her players that move on are successful as they pursue higher heights of education and rugby as well.

” We are always writing recommendations for players and encouraging them to continue playing in college and beyond,” she said. “It’s great to see them playing at higher levels but it feels even better when you get to put on a jersey and play with them or even against them for a game.”

If making sure her players are able to excel in rugby beyond their high school days is Jaime’s top priority, then it is safe to say that she has been pretty successful thus far. She has sent Mary Jo Reddy and Ali Decrane to Ohio State University. Reddy received a rugby scholarship and Decrane was also selected for the Youth Olympic Team as well as the National Youth Stars and Stripes Team. Jennafer Dziuba received a scholarship to Notre Dame College; and those are only a few of the outstanding players that played for Jaime. She also has her eye on Rachael Kean and Anne Rolf as two up-and-coming players on the team.

Jaime has made rugby a big part of her professional life as a coach but her story is unique in that rugby has been very tightly woven into her personal story as well. Jaime met her husband at a rugby tournament and the two have shared their ups and downs, both personally and rugby-related, ever since.

“I have to say that it is difficult to have a successful marriage, raise two wonderful children, work full-time jobs and coach thriving rugby teams,” she said. “Tom and I really support each other and the schools we coach for. Rugby has been a great gift to our family and we want to give back as much as we can.”

Jaime’s favorite memory that combines rugby and her husband – aside from the spectacle that was their wedding – is when both their teams won state titles in 2013. When the final whistle blew and Tom’s team had won she was sprinting across the field to congratulate him.

” We both worked so hard and for our teams to reward us with those titles was such a high,” she said. “When you win a trophy in our house it gets to be the centerpiece of the dining room table. Those large trophies were a reminder of how hard work pays off and made it difficult to pass the butter for a few weeks.”

Rugby has been a big part of Jaime’s life to this point, but she knows that she has been lucky to have a lot of support – support that she is thankful for.

” There are days that I don’t know how we get it done,” she said. “But I have to give so much credit to players’ parents who help watch our children during games and tournaments, our players who work hard to make our jobs easier and to my husband who is flexible with our rigorous schedules to make practices and travel happen.”

Jaime Cleary has been involved with rugby longer than most of her players have been alive. She has two of her own and a husband who, at times, probably counts as another larger child. She has taken her talents all over the nation and overseas but now she is passing on her knowledge to up-and-coming generations in Cleveland. She is an example of what rugby can give to people and what people can do to give back; and she is Ohio Rugby.

I Am Ohio Rugby – Tom Cleary
Scroll to top