The Perrysburg HS Boys team won the Rugby Ohio DII state 7s title this past weekend, playing in their first ever 7s season.

Perrysburg beat Shaker Heights 19-12 and beat Mentor and Stark County by a combined score of 52-0 in pool play. The wins came at a cost, though, at top-scoring flyhalf Chris Labadie had to miss two games due to a cut on the head.

Still, Perrysburg made it to the semifinal, where they shut out Highland 26-0. That set up a meeting with Brunswick in the final. Brunswick had edged Shaker Heights 22-19 in the semis.

At the beginning of the game Brunswick was consistently pressuring Perrysburg on attack. The Perrysburg defense held for most of the first half, but Brunswick did manage to score just before the break to make it 7-0.

At the beginning of the second half Brunswick again took advantage of a broken play to score another converted try to go up 14-0. On the ensuing restart, Perrysburg advanced up the field and Brunswick committed a penalty allowing scrumhalf Caleb Wotring to score on a quick tap. Spencer Kluge converted and the score was 7-14. Perrysburg marched down the field again and found the tryline on a run from Lucas Manning. Kluge missed a tough conversion and the score was 12-14 in favor of Brunswick. Labadie, back in action after getting three staples in his head to close a cut, scored under the posts. Kluge converted, putting Perrysburg on top 19-14. Momentum had clearly shifted to Perrysburg and then junior Stephen Poll would score, putting the final nail in the coffin with no time on the clock. 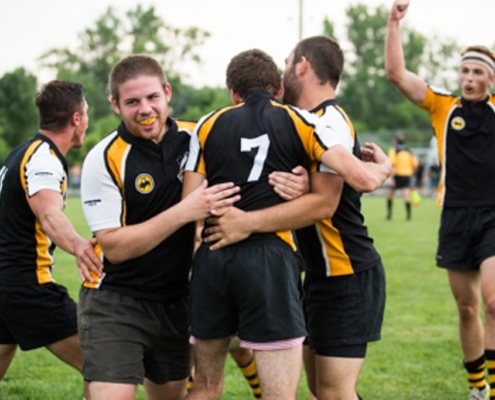 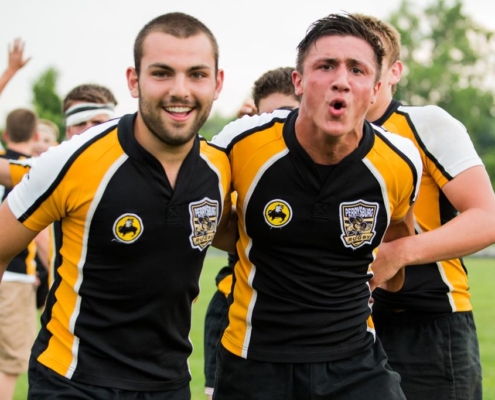 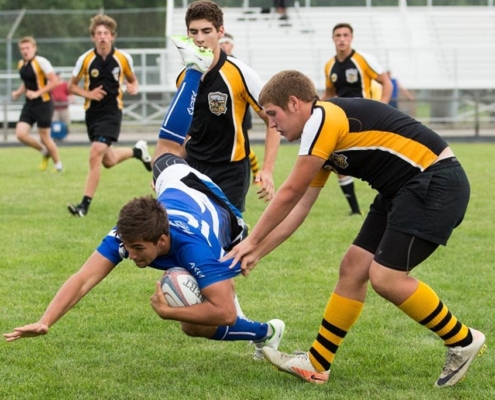 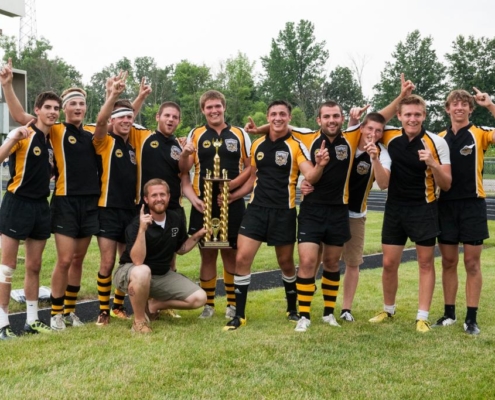